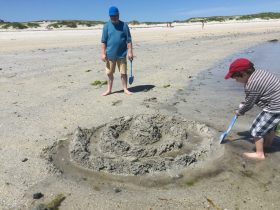 This week Nigel Quinlan takes us into the wilds of Connemara…

Drive vaguely and meanderingly northwest out of Galway city, following signs for Connemara or Clifden or Sheep On The Road or Invasive Species Do Not Eat. Through Oughterard with its pleasant riverside park on the far side, Maam Cross with a rather musty replica of the cottage from John Ford’s The Quiet Man and the film itself on repeat in the bar at the hotel, turning right down the genuinely spectacular Inagh Valley where your attention will be divided between the splendid bleak majesties of the open boglands, the rocky glories of the mountains and watching out for the sodding sheep that are ON THE ROAD.

Having survived the sheep of the Valley, turn left and brace yourself as you cross the top of the lake for the ridiculously and irresistibly picturesque sight of Kylemore Abbey. You’ll want to pop in there at some point to wander the house, visit the beautiful little church and soak up the colours of the gardens.

Beyond Kylemore is Letterfrack with its life-enriching furniture college on the location of what was once a dark and terrible orphanage. Diamond Hill shines down when the sun is out, and Connemara National Park surrounds it with a lovely visitor’s centre, a playground, a bog walk, a longer bog walk, and a bloody hell I hope your knees need a workout climb up Diamond itself. As a walk it is easy, clear, well-laid out and reasonably busy. As a climb it can be managed in two to three hours and an afternoon of basically sitting and waiting for the feeling to come back into your legs. 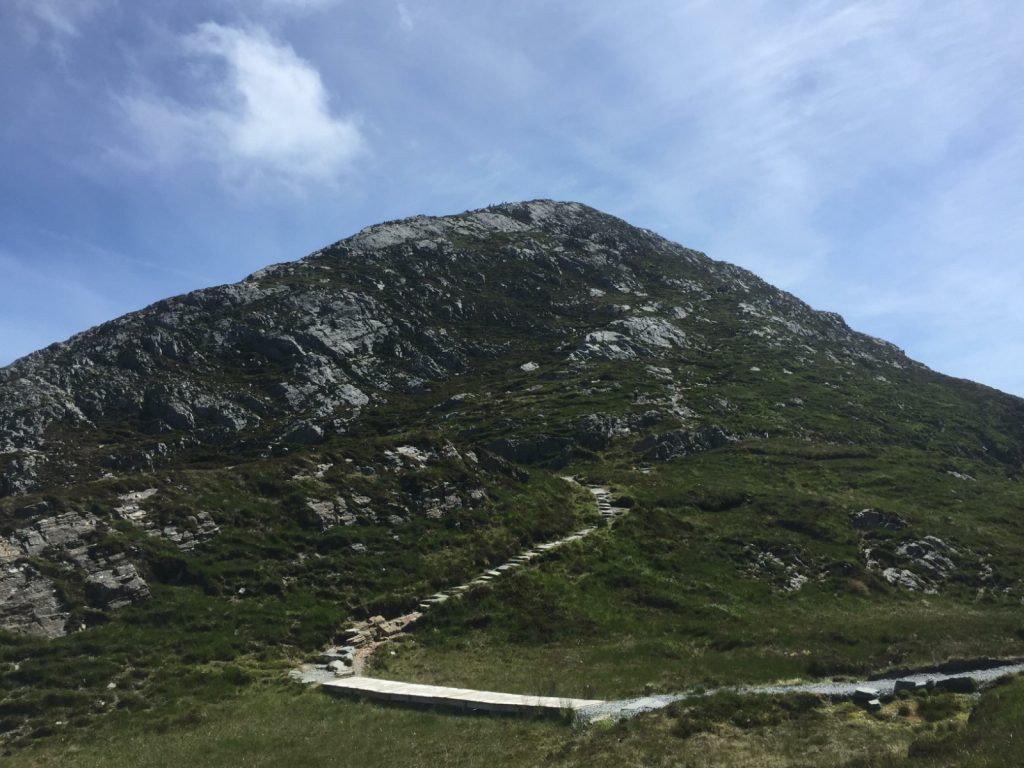 On a clear day at the top, though, all such earthly mortal concerns fall away, carried into the sky by the tangy sea breeze as you slowly survey the glories of the Twelve Bens. 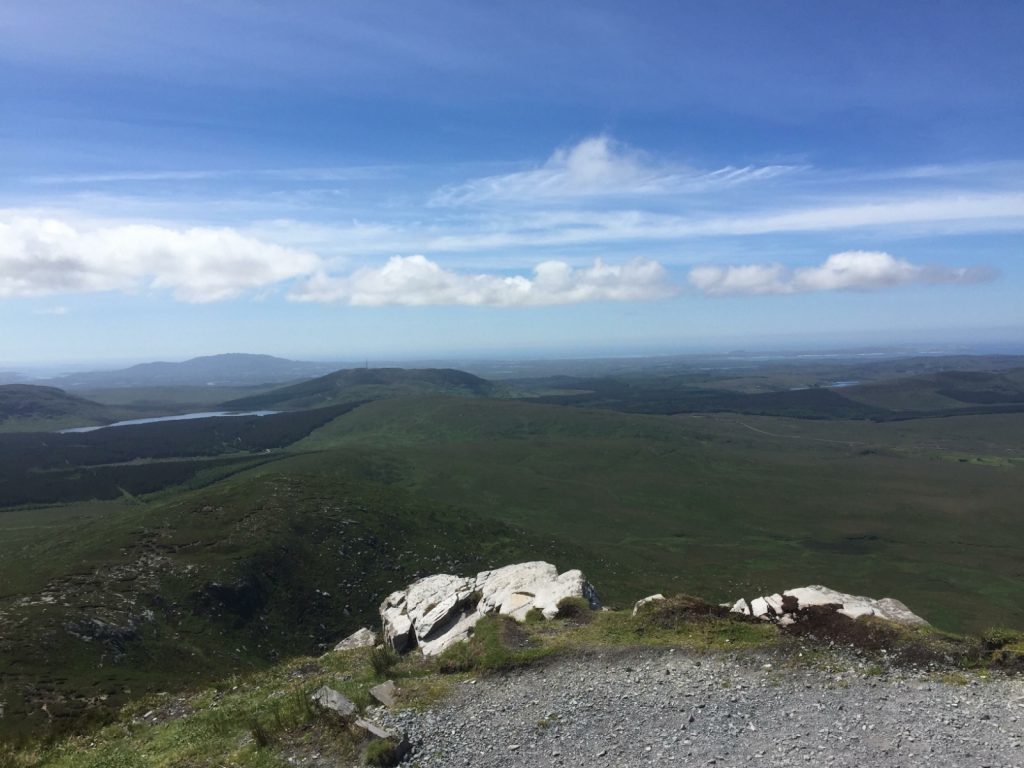 Go right at Letterfrack, the sea on the left, drive out onto the Renvyle Peninsula to Tully Cross where old-fashioned, well-maintained, friendly-looking but cool-in-the-evenings cottages can be rented as a base for various adventurings. 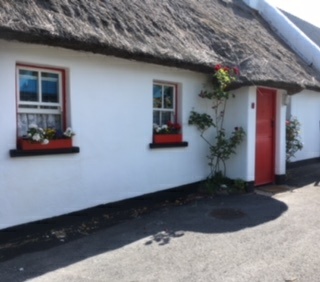 In one direction is Glassillaun beach and its nearby scuba-diving school. A solid A for sandcastles and F for Freezing Water, then again it is the flippin’ Atlantic and takes some acclimatisation or teflon skin or something. 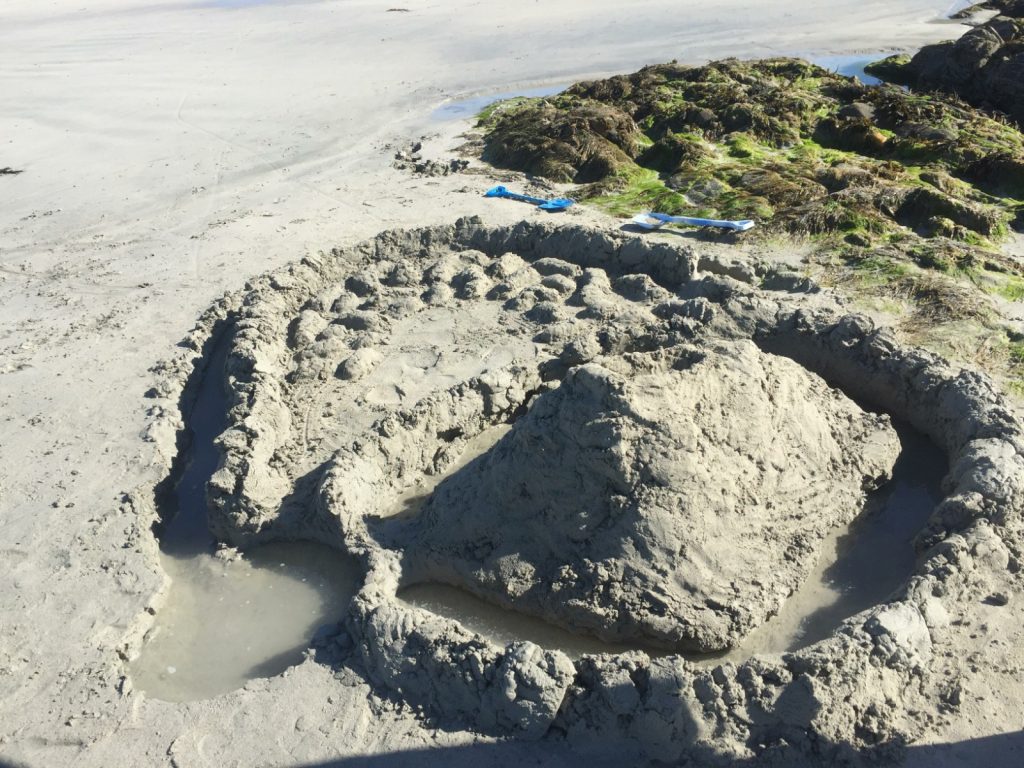 Beyond Glassilaun is Killary Fjord where you can wind your way past the sheep to the hostel where Wittgenstein spent a few wild years fishing for crabs with the locals (presumably – those German philosophers were off the hook), and take a boat ride round the fjord itself.

Assorted other diversions await back on Renvyle, including a glass-bottomed boat for ogling the sealife and the crabs lucky enough to survive Wittgenstein’s depradations. A castle belonging to legendary pirate queen and actual historical figure Granuaile can be viewed in much the same way most of her enemies viewed it – from a safe distance. White Strand Beach is gorgeous and gets an A+ for castle-building. 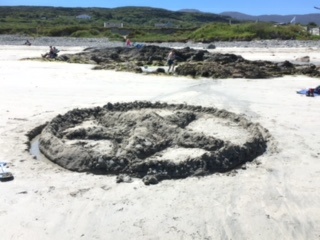 Out the road to the bustling town of Clifden, and the Sky Road, just the Road for visitors who have developed a dangerous addiction to spectacle and beauty and swerving around road-sheep. Deserted mock-gothic ruin Clifden House is a short walk off the road and affords the opportunity to lord it over the remnants of the glory days of the Irish landed gentry. 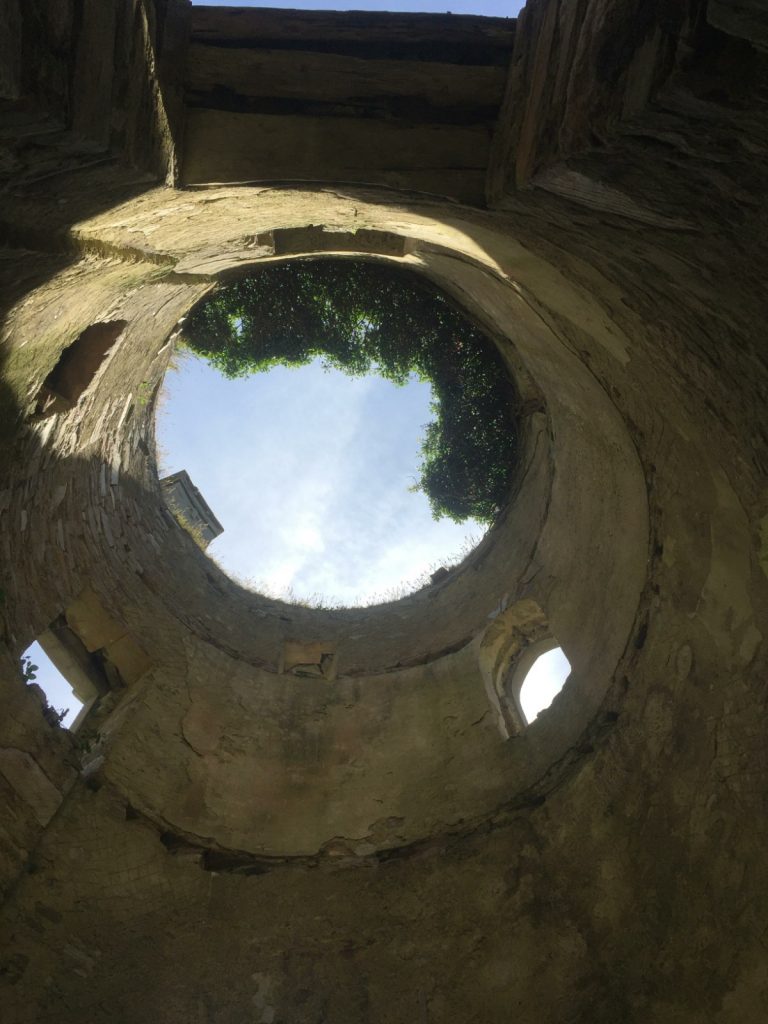 If you still need more, the boat to Inishbofin departs and returns daily, with bikes or canoes for rent on the island. 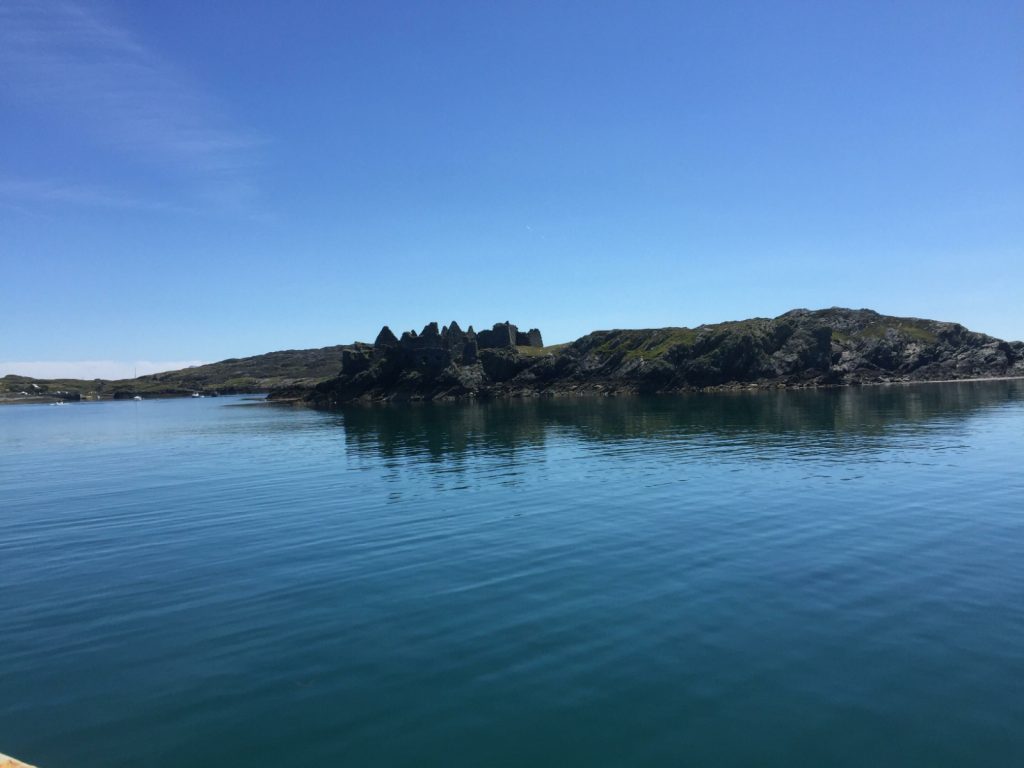 The beaches are lovely and calm and seabirds abound, but only a B at best for sandcastles. 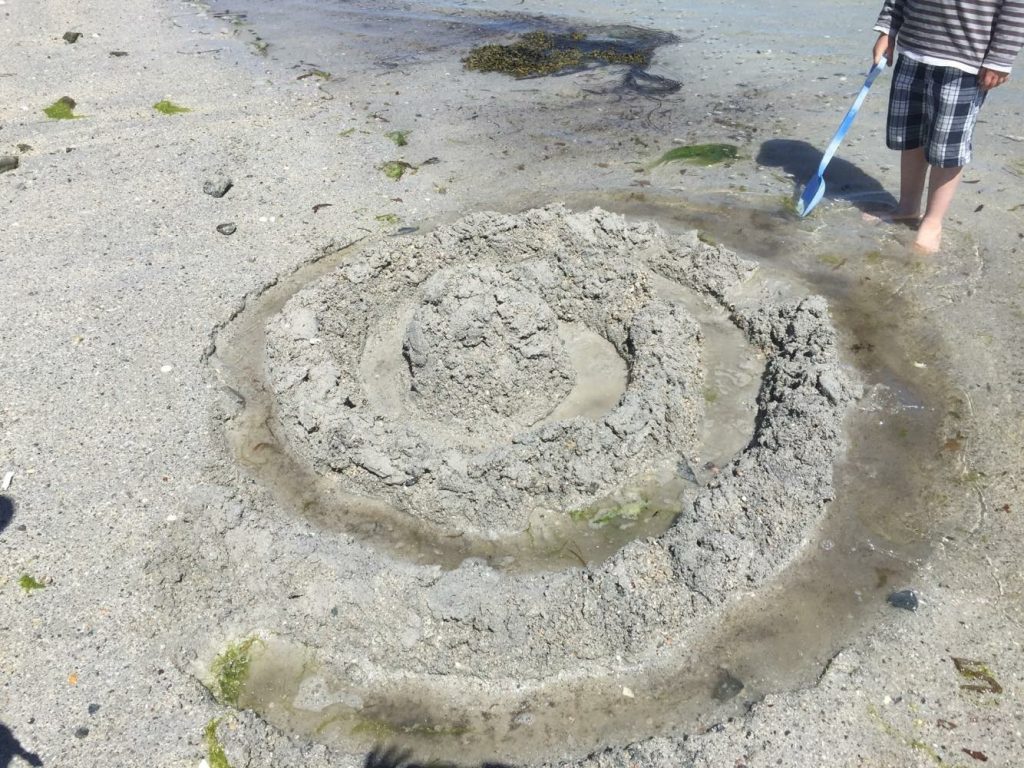 Exhausted and replete, watched by the curious road-sheep, one may now drive carefully back to Galway.

Nigel Quinlan lives in Tipperary but likes to holiday with his family in the wilds of Connemara. He is the author of the children’s fantasy novels The Cloak Of Feathers and The Maloneys’ Magical Weatherbox. Follow or avoid him @Nigellicus That’s him in the blue hat.