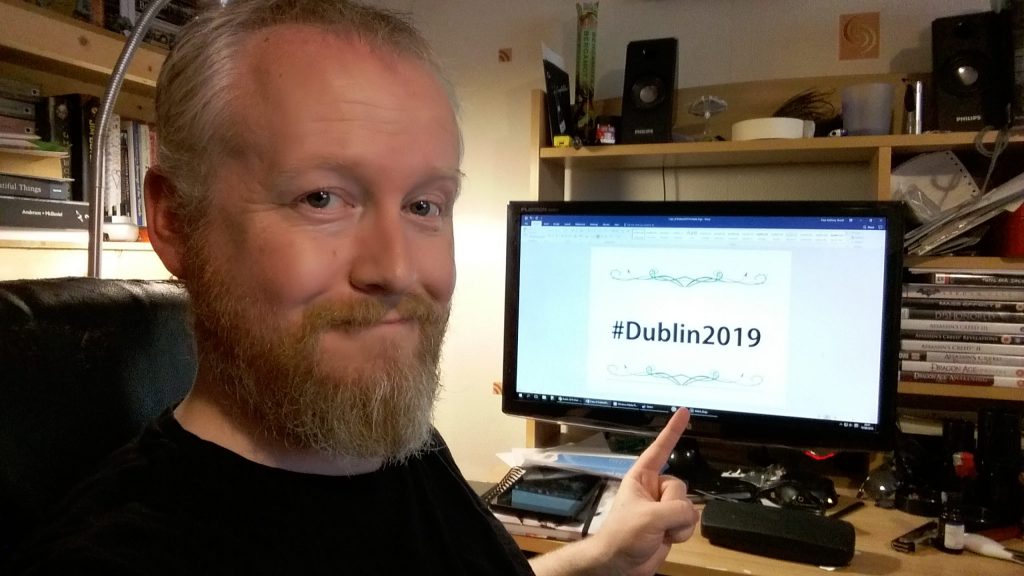 As part of our ongoing support for our supporters and Ireland’s thriving SFF scene, we’ve been interviewing the people who are right behind us with a Bid to host the Worldcon in Dublin, 2019. Paul is one of our steadfast supporters – and he’s currently got an Indigogo up for the third part of his Lady Raven series (we featured the first on Irish Fiction Friday a while ago when he launched book two – you can swoop in and read it here)

I write rock and roll! I’d never claim to be a literary genius. I just know what fun stories I enjoyed as a kid, and what stories I enjoy telling. My stories are adventure and excitement; tales of dark villains and troubled heroes just trying to do the right thing. I believe stories can change the world, and that people look for heroes wherever they can find them. So I want to show people that, no matter how bad things get, no matter how hopeless the world might seem, there are always people who’ll stand up and make a difference. Monsters can be beaten.

Honesty. The media is built around telling people what’s acceptable, and more often than not, what we’re told is good is actually the furthest thing from it. I think authors have a responsibility to be aware of the work they create, and accept whatever praise and criticism they get for it. The world is changing. It NEEDS to change. And art has to reflect that change. We can’t look to works produced 50 years ago and expect the same cultural norms to fly today, not if we want our work to matter. So if we write something that lacks diversity, or depicts women, or any other marginalised group, poorly, we have to ask ourselves why we chose to do that. Nothing exists within a story without a decision from the author, and the author owes their readers, and themselves, the courtesy of owning those choices. 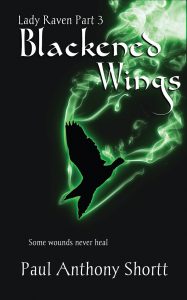 What are you working on now? Any new projects, novels, or stories that will be out soon?

I have just finished Blackened Wings. This is the third book in my Lady Raven series, which sees Cora Ravenell, the daughter of a noble, forced into poverty when her father dies. When her mother is accused of treason, she decides to fight back against the Empire that has made her into a monster, and embraces heretical magic to turn herself into something her enemies will truly fear. Blackened Wings will be out this summer, and sets the scene for the fourth and final book in the series, The White Raven.

As an author or creator, why is attending conventions important, and what do you love most about them?

It’s difficult for new authors to learn to network. People can spot insincerity a mile off, but at conventions, it’s so easy to simply chat and make new friends, it’s not really ‘networking,’ and yet there is so much you can learn from them. I’ve made great friends at conventions, and learned more than I can mention here about the industry and about the kind of writer I want to become. Writing is such a solitary activity, and conventions bring a much-needed human connection.

If I had to pick just one thing that I love most, it would be getting the chance to engage in deep conversations with some truly incredible people about a range of topics. I love getting all geeky about storytelling, and it’s a true joy to have a whole event dedicated to doing just that.

Paul Anthony Shortt believes in magic and monsters; in ghosts and fairies, the creatures that lurk under the bed and inside the closet. The things that live in the dark, and the heroes who stand against them. Above all, he believes that stories have the power to change the world, and the most important stories are the ones which show that monsters can be beaten.