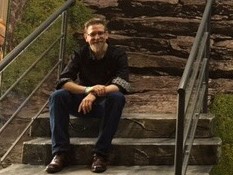 This weekend, in Boston USA, I will be making a presentation at the Fannish Inquisition, held at Smofcon 35. Smofcon is a convention runners’ con held annually and attended by some 200 fans. I have gone to three of them over the years, although Dublin 2019 has had a solid representation there since 2013.

The nature of a Worldcon bid is exactly that, a bid. You have to go out and court votes, seek support and then bring the bid together in such a way that you are deemed able to run the convention. The last thing we want is to look like losers or old Pirates. One has to be responsible. But this is the price to pay if you desire to be successful.

The first official meeting for Dublin 2019 was on the 5th of May 2012. Although thoughts of a Worldcon had been discussed in 2010, and some actions taken in 2011, that meeting was the first official engagement. A turning point when it could be clearly seen that something ‘official’ was occurring.

It is a long road. And along that road, twice a year, bids attend ‘Fannish Inquisitions’. One at the Worldcon, the other at Smofcon.

In Texas, at Lonestarcon 3 in 2013, we ‘launched’ our bid at the Fannish Inquisition. It was a secret, although members at the 2012 Octocon had been confidentially informed ‘on camera’ at the closing ceremony. In Texas, many fans worked to ensure that no one knew. So when a three page gatefold document was suddenly handed out and time was found for us to talk about Dublin as a prospective bid, it became an amazing experience. The room was electrified! A crowd of supporters, committee members and fans in Cabra, Dublin was watching through a live stream on the internet, as the room reacted to our announcement.

These were our people. It wasn’t like the door was open, it was being held open. This was no trap. That first announcement took a lot of work. We turned up like a fleet dropping out of hyperspace and taking everyone by surprise. No one was ready with shields up, although we knew we wouldn’t get another chance at it… and we ensured that we were ready.

It is one of those things where the whole team has to accelerate to attack speed, ensuring that the Frequently Asked Questions (which vary from year to year) are answered, that data and information are all correct and ready for our presentation. Otherwise, it would be the shortest bid of all time.

The idea of it going wrong looms like a shadow over everything we have built. Although we are polished and professional at this stage, the things we’re asked are determined by what is currently of interest and so one must be prepared for all types of questions.

So the stage is set. We usually have a slide presentation, or a video, with some words spoken. Various people have taken the lead here over the years. Sometimes I have been there… on my own, or with others. Then the questions come. We have had up to fifteen minutes of questions and it really feels like a long fifteen minutes. They have been fascinating, however. One about the environmental impact of turf burning threw us off quite badly… But we have to address every question fairly and welcome the chance to set misunderstandings or misconceptions right.

One must engage directly at point blank range with these questions and be honest and true. There is no shame in saying ‘I do not know’. But then you need to follow up with an answer shortly thereafter and include it in future FAQ’s. So one tries to be ready, or indeed flanked in attack position by fellow committee members who may know the exact detail that may be required.

Now we are a seated Worldon. The mission has changed. No longer do we need votes, but rather we need to build confidence in the convention and instil the desire to attend into potential attendees. Make them want to come.

Many fans who have supported the bid are keen to see it now do the right thing, since it is the seated Worldcon. And there are checkpoints and warning markers that some will be looking for, signs of things going astray, that they will be quick to ask about. While this is a challenge, it is one that the committee must face. We do our best not to get scratched, but it also works for us. We set expectations and have a clear understanding of what we are about.

Dublin is a unique host city. In 2019, it will be 1031 years old… that’s assuming we use 988 AD for the foundation date, as the government did for the Millennial celebrations. Of course, it could be that Dublin was first Eblana, as referred to by Claudius Ptolemaeus – a Greek astronomer and cartographer around 140 AD. Either way, the city is rich in history, has a variety of historical architecture, a pub that was established in 1198 and is very different from other cities that have hosted Worldcons.

In Chicago, the Hyatt Regency hotel has over 2,000 bedrooms and some 20,000 square metres of space where were held a number of Worldcons. Other Worldcons have had 4 or 5 hotels with hundreds of rooms in each allocated to them. But in Dublin, this will not be the case. So it is important that we explain this. And we do.

It is one task in many hundreds (if not thousands) that we must undertake. It is important, of course, but equally important to me were the various sessions we had at Octocon in Dublin, or the successful SF outreach at Dublin’s Comic Con.

The positive energy that a convention possesses is vital for recruitment and membership. A good Fannish Inquistion can build energy and enthusiasm. Most importantly, it lets people know that our convention will be beautiful and that they should truly be among us at Dublin 2019 an Irish Worldcon.

“How you doin’ Chewbacca? Still hanging around with this loser?”
“How you doing, you old pirate? “
“Yeah, I’m responsible these days… it’s the price you pay for being successful.”
“You look absolutely beautiful. You truly belong here with us among the clouds”
“We won’t get another chance at this, Admiral.”
“Yes, I said closer! Move as close as you can, and engage those Star Destroyers at point blank range!”
“He’ll have that shield down in time, or this’ll be the shortest offensive of all time.”
“Here goes nothing”