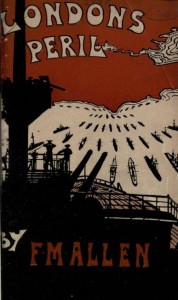 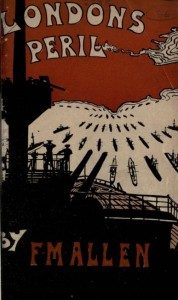 Irish Fiction Friday brings you an old tale of the Near Future.

London’s Peril was written in 1900 by Irish author Edmund Downey under the pseudonym F. M. Allen. Born in Waterford in 1856, Downey was a publisher in London from 1878 to 1906, first through Ward & Downey and then through Downey & Co. Although he published a number of his own works through his publishing companies he was far from a vanity publisher, maintaining a list of reputable Irish authors in addition to his books.

London’s Peril was published in 1900 and is set in the Near Future, warning against a Channel Tunnel being built by the French for an invasion plan. We wonder what he would think of the Channel Tunnel now?

You can read London’s Peril at the Internet Archive.