Welcome to the series on Irish writers of the fantastic. Swan River Press takes us on a tour through Ireland’s fantasy heritage. 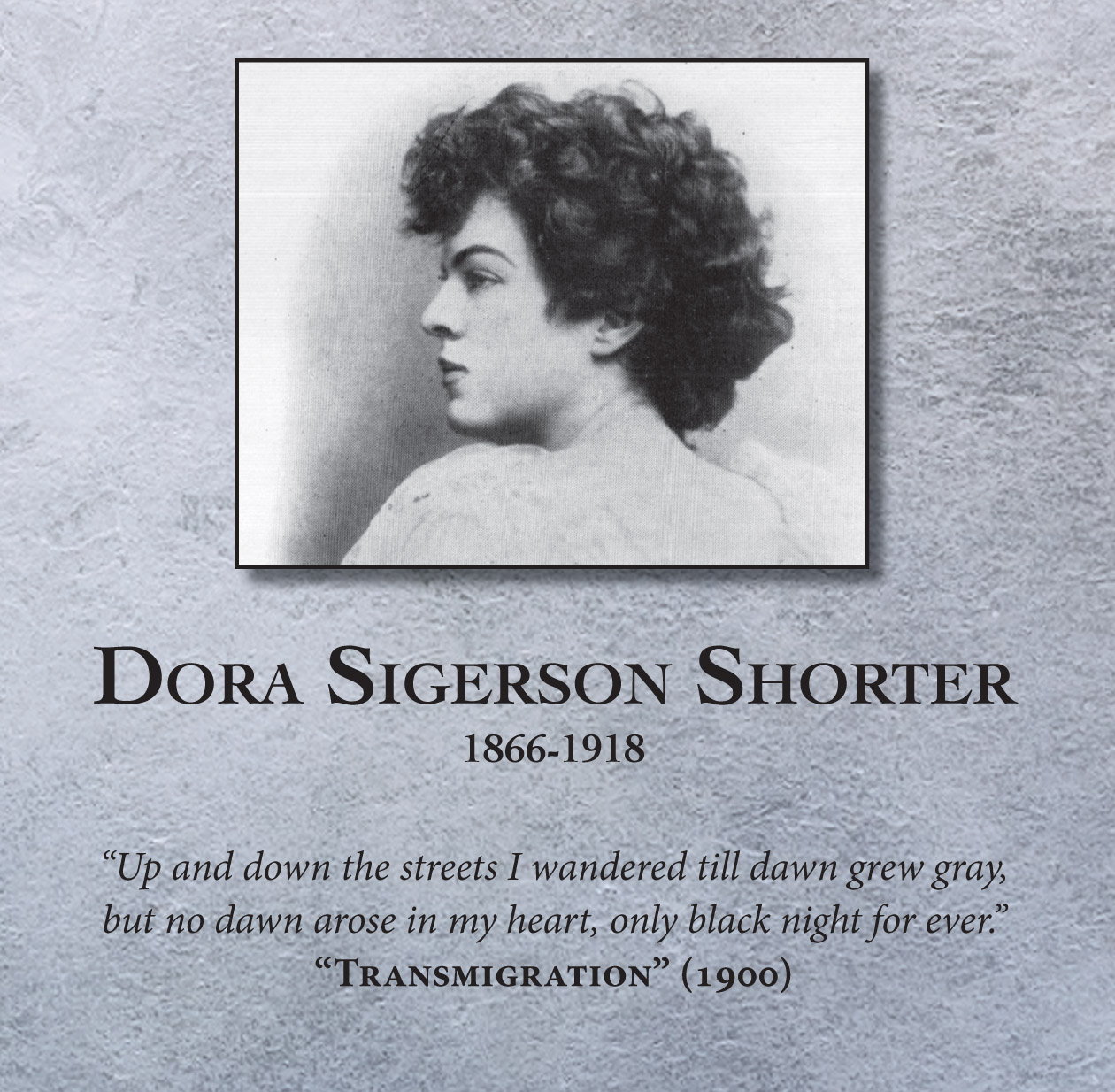 “Up and down the streets I wandered till dawn grew gray, but no dawn arose in my heart, only black night for ever.” –

Dora Sigerson Shorter (1866-1918) was born in Clare Street, Dublin. Both of her parents were writers—her father was the noted surgeon and poet George Sigerson (1836-1925). In 1895 she married the English literary critic Clement King Shorter and relocated to London. Early in her career she contributed to magazines such as Irish Monthly and Samhain, and became friendly with the political activist Alice Furlong and the author Katharine Tynan. Shorter’s volumes of poetry include The Fairy Changeling (1897), Love of Ireland (1916), and the posthumously published Sixteen Dead Men and Other Poems of Easter Week (1919). Shorter died in St. John’s Woods, London, on 6 January 1918; Tynan later wrote that she “died of a broken heart” which she attributed to the 1916 executions. Although chiefly known for her poetry (and to a lesser extent as a sculptor) Shorter also wrote prose, including sketches collected in The Father Confessor: Stories of Danger and Death (1900). She is now regarded as a significant poet of the Irish Literary Revival.