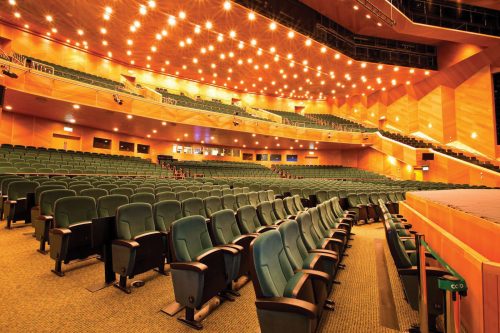 The World Science Fiction Convention is the longest running SF convention in the world. The first Worldcon, retrospectively known as Nycon I, was held in New York in 1939 with an attendance of 200 people. The Guest of Honour was Frank R. Paul. The convention has taken place every year since except during the Second World War, usually around American Labour Day weekend. By the mid-1970s attendance rose to about 4,000-5,000 fans, with more or less attendees depending on the host city.

There are only three essential requirements of a Worldcon:

In reality, Worldcon has developed many traditions which fans expect to see. These include a Hugo Awards Ceremony, the Masquerade, Opening and Closing Ceremonies, signings, readings, the art show, exhibits, dealer’s room, guests of honour speeches, multiple tracks of programming (all running parallel to the permanent exhibits, hospitality suites, signings, readings and other activities), children’s activities, many parties every day and more.

What Sort of Science Fiction is Celebrated at Worldcon?

Traditionally, Worldcon has been a space for fans of literary science fiction, although this has never been a hard and fast rule. Worldcon is part of media fandom history. Some significant examples demonstrate this:

Although the literary programme remains the single largest programme area, there are increasing numbers of programme areas, panels, talks, and workshops on Anime/Manga, costuming/cosplay, academic criticism, the history of fandom, gaming, science, Young Adult, music, art, and most other topics of interest to the wider “geek” communities.

Why Are Attendees of Worldcons Members?

When you buy a ticket for Worldcon, it is called a membership fee. This is because when you attend a Worldcon you are not just buying a ticket to observe an event (as with a football match, for example), but you are paying to join in. Worldcons are communal experiences with hundreds of staff and volunteers – absolutely everyone involved in Worldcon is a volunteer. Membership encourages this. All of the events and publications are included in the membership fee. Members of each Worldcon also get to vote for the Hugo Awards, the world’s most prestigious science fiction award, which has been held every year since 1955. People who cannot attend Worldcon can still vote by buying a supporting membership, which also entitles them to all of the related publications. For the last few years, this has included the Hugo Awards voting pack. This pack is an electronic collection of many of the nominated works. It is not guaranteed, but is a common benefit and its contents can be worth in excess of $100. Membership also entitles people to attend the World Science Fiction Society Business Meeting and get involved in policy decisions.

Next: A Land of Stories